A journey to “hope”

INDIA/GRAND RAPIDS – It was a journey to “hope” – a trip to India – that reminded Dawn Brackman of God’s gracious love and how it can transform people’s lives.

Brackman, an attorney and a member of Trinity Lutheran Church, Grand Rapids, was part of a mission trip to India in February, to experience “Neerekshe Trust”, a mission project in the North Eastern region of Karnataka. 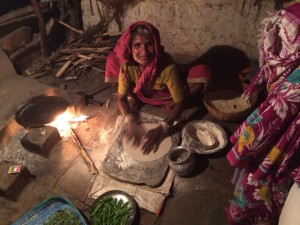 This woman is making “roti”, a flat bread made from a traditional stoneground wholemeal flour known as “atta”.

The trust’s mission is “to bring ‘life to the full’ to the people of Muranpur village and the surrounding districts through education and the care for the children through integrated programs for the adults and their children, and to live the words of Christ to all who have ‘ears to hear.’”

Neerekshe Trust has its roots when, in 2001, its founder, Shadrach Peter – a native of the Karnataka village of Muranpur – acted on a vision from God to help the people of his village. The project has seen steady growth, including St. Peter School for grades 1-10, Jack and Grace Hospital, an industrial training institute, and a boarding home for poor children.

Shadrach and his wife, Gladys, administer the project with humility and integrity, and as unshakable models of God’s love and grace.

Brackman and her co-travelers – including friend Pastor Jeff Otterman, who encouraged her to make the trip – were deeply moved by their experience. Otterman serves St. James Lutheran Church in Bell Fourche, South Dakota.

“Neerekshe – such peace for me,” wrote Brackman to her pastor, Bob Lindstrom. “Being with the children, visiting the villages… Feeling that I am exactly where God wants me…” 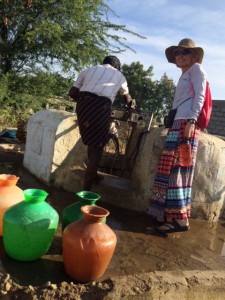 Meeting at the village well – not a new theme for followers of Jesus!

The group led Bible stories, singing, and prayers with the children four times a day. They were met with “bright eyes and smiles” from the children. But the adults were no less genuine in their friendship.

“In villages, we touched and talked to the people,” Brackman said. “Neerekshe’s pastor gathered the children and Jeff shared a message; then we blessed those that desired a blessing. It was very meaningful… and humbling. We tried to connect with as many adults as possible, too, with a bow, a smile, or a hand touch.”

Brackman likened the villages they visited as “hard describe” – they seemed “back in Jesus’s time” with “cows, goats, cook fires, dust…”

They were the first Americans to visit one of the villages – and Brackman was the first white woman to set foot in it.

“It gives a deeper meaning to sharing the gospel to far corners of the world,” she said, “and let the children come to me.” 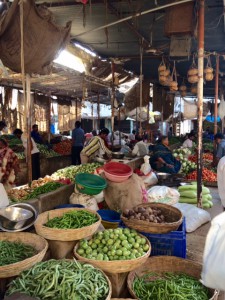 Brackman found great joy in the children and in the work that the Peters are doing in Christ’s name. But, probably most profound, is that the people they met along the way, though poor and seeking healthy and sustainable life, had only two humble requests of the travelers:

“Please come back,” they asked, “and please remember us in your prayers.”

You can find out more about Neerekshe Trust at www.neerekshe.blogspot.com or on Facebook. A new website, www.neerekshe.org, is currently being developed.