LAKE ANN/GUATEMALA – In part one of this two-part article, readers were introduced to the connection between Advent Lutheran Church in Lake Ann and San Lucas Tolliman Mission in Guatemala.

Advent members and guests have made five “vision trips” to San Lucas, most recently in February. The article introduced some of those who made this trip and their motivation. 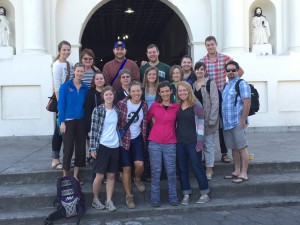 The goal: “seeing God at work in a different part of the world and seeing more about ourselves.”

Cristy Allen, not a member of Advent, had been on mission trips, but never to Guatemala. This was the first mission trip for Advent members Norvilla Bennett and Gwenn Willson.

Beyond preparations such as passports, vaccines, etc., each woman had her own way of getting ready. Allen prepared through prayer and fasting while making practical arrangements, such as child and animal care. Bennett took an online Spanish immersion course. Willson was grateful for the group meetings to learn about the mission, Guatemala, and the impact of the country’s past violence on today.

While at San Lucas, the groups had opportunities to learn about the Guatemalan people and the mission’s work.

“We learned about the different aspects of the mission,” Allen said, “and how they help to empower the people through education, healthcare, employment co-operatives, and a women’s center.”

The group participated in a variety of tasks: sifting dirt and sand for a new playground; soccer field improvements; picking coffee beans; cleaning a playground at the women’s center; building ovens; food delivery; and more.

“We had cultural classes,” said Bennett, “where we made tortillas, gathered and hauled wood, did laundry. It was an eye-opening day.”

The group attended mass at the mission and had daily devotions and prayer. A tour around Lake Atitlan included pottery and weaving co-ops in San Marco; touring Antigua; and, in Santiago, the church where Father Stanley Rother* was assassinated, and the Peace Park. There was also a visit to the Hogar Miguel Mogone Home orphanage near Guatemala City.

The three women were deeply moved by the Guatemalan people:

“One of the most memorable people was Gabrielle [at the orphanage],” said Allen. “Though an older child, she wanted to be held and cuddled. I carried her through most of our visit there and she fell asleep in my arms.”

“I remember Felix, a professional clown in San Lucas,” Willson said. “He started a non-profit organization to care for newborns with cleft palates.”

“Watching Felix and his daughter, Ruth, interact [with the children] was complete joy,” Bennett added. “He and his family are the portrait of perseverance and resilience while performing service to others.” 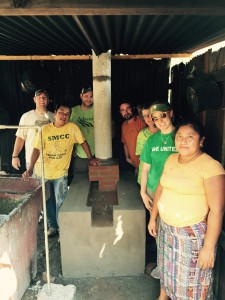 Chona, a former mission worker and survivor of the years of violence, made a deep impact.

“Her story is compelling and surreal at the same time,” said Bennett. “What stood out for me was the remarkable ability for human perseverance and resilience. Chana’s story, Felix’s story – the years of violence, no drinking water when one is surrounded by one of the most beautiful lakes I have ever seen… Tradition amidst a fast-paced world…”

For all three women, the “vision trip” was a lifetime experience of learning, growth in faith, and a keener awareness of God, self, and the world.

“I was impressed with the years of mission done by the Roman Catholic Diocese of New Ulm, Minnesota, in supporting the needs of the people in San Lucas for 50 years,” Willson said. “It has made a huge difference in the village, especially regarding medical care and literacy.”

“My experience shouted loud and clear that I have more work to do in the area of fully relying on God,” Bennett said. “From a global point of view, I strongly believe Guatemala provides the ultimate environment for active service. This trip ignited my interest in returning one day.”

“I felt God showing me that his will for me is the adventure of each day,” said Allen, “of loving the person in front of me – doing small things with great love. That I don’t need to figure out the next big step or plan for myself – that I just need to walk with him and trust him for the outcome.”

*Father Stanley Rother, an American priest who served as a missionary near Santiago, was murdered by a death squad of right wing extremists and elements of the Guatemalan army in 1981. He was one of ten priests murdered during the years of internal violence in Guatemala.