Bringing others to Jesus, Part 1

SYNOD – In this three-part series, we’ll take a look at Living Water Ministries. Part 1 will be a look back on summer camp 2015. Part 2 will be day camp and National Youth Gathering reflections from summer staff member Molly Smith. Part 3 will feature Executive Director C. J. Clark, who will share his thoughts about LWM and his hopes for the future.

“Bringing together all of God’s children to experience Christian community, grow in faith, develop leadership skills, and serve others” – that’s the mission of Living Water Ministries, a shared ministry of the North/West Lower and Southeast Michigan Synods. 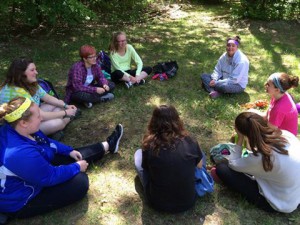 This summer’s increased staff at Stony Lake was a win-win situation for staff and campers.

Although Living Water is referred to as “camp” or “outdoor ministry” in every day lingo, it is certainly more than that. Opportunities are offered for all ages and do not necessarily take place at a camp – or even outdoors, for that matter.

Like many ELCA camps, Living Water’s premiere program is summer camp for children and youth. Most of the summer programming is done at Stony Lake Camp in New Era and through day camps at churches in the two synods.

Living Water Ministries Executive Director C. J. Clark is pleased with the 2015 summer camp experience. After some tough decisions (including the sale of the Michi-Lu-Ca) and continued honing to meet the needs of today’s Church, he knew this summer’s programming had to be strong, the staff grounded, and the overall experience seamless.

“This summer was phenomenal,” Clark said. “I can legitimately say this was the best summer program delivery and staff we’ve had in recent years.”

Clark credits this success to Program Innovator Nicole McCarthy, the staff, and the sale of Michi-Lu-Ca.

“We felt a lot of pressure to do well this summer – and we pulled it off,” he said. “Nicole did a fantastic job of programming and pulling together the staff. We were also able to bring ‘some of Michi-Lu-Ca’ to Stony Lake – low ropes, archery, and other pieces. We could bring more staff to Stony Lake, raising the ratio of staff to campers, and had enough staff to cover the unexpected without overstretching.” 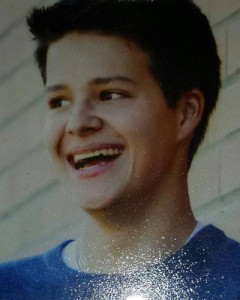 Evans began his camping experience at Michi-Lu-Ca as a Leadership Training School and Advanced LTS camper and as a participant in a Road Trip Adventure. He followed that up as a summer staff member at Michi-Lu-Ca, assisting in the kitchen. This summer he was a counselor at Stony Lake.

“One of my campers this summer inspired me on his [end-of-week] evaluation,” Evans said. “On the question ‘How has your relationship with Jesus grown this summer?’ he answered ‘It has started again. I’m no longer an atheist.’

“This was coming from a middle school child who was already having problems with his Christian relationship. He inspired me to keep doing what I am doing. Because of him I feel like I am making a difference in a child’s life, bringing him to my Savior’s arms – just like someone did for me. To me, summer camp’s mission is to “bring others to Jesus and let him take over.”

Stiffler was a counselor last year and, even though she enjoyed the experience, waffled when it came to returning in 2015.

“I knew I wanted to be part of something more than just Vacation Bible School or the Gathering,” Stiffler said, “but I was approached by and inspired by friends to work [at camp] again. 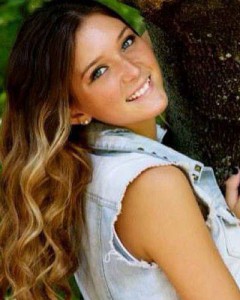 “I decided that I wasn’t ready to done with camp, so I applied and was hired as the ropes course director. I was so excited to be working again!”

Another plus this summer was that the tri-annual ELCA National Youth Gathering was in Detroit. Clark and the staff worked at the event.

“We were involved with a really cool piece called ‘Kingdom Detroit’,” Clark said. “Some staff were guides for racial and social justice themed tours of Detroit the youth could do. We had over a thousand kids sign up.”

Staff also assisted with service projects and other events.

“Bring them to Jesus and let him take over.”