SYNOD – It’s no surprise that Trinity Lutheran Seminary (Columbus, Ohio) sees the formation of church leaders to be its foremost task. Faculty member Dr. Walter (Wally) Taylor, professor of New Testament for the past 35 years and director of doctoral studies since 2002, points out that Trinity, in fact, goes a step further. 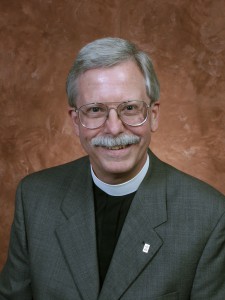 “We are wanting to form people,” said Taylor, who is on the clergy roster of the North/West Lower Michigan Synod. “We’re concerned about the whole person as an individual and as a believer. That means dealing with the heart as well as the mind – integrating the theoretical and the practical.”

Part of that formation includes awareness of the ELCA’s mission, as well as the mission of the whole Church. Taylor shared that today’s seminary is much more intentionally focused when talking about mission.

“The church’s mission used to be assumed,” he said. “The church assumed its role in society – and, clearly, landing in 2015, we are in a very different place than we were 35 years ago. Trinity is always shaping contextual education so that it is more realistic, more hard-nosed in regard to our understanding of mission and the Church’s place in the world.” 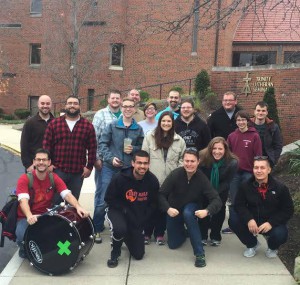 “We have much less time to educate people,” Taylor said. “On the other hand, we need to teach more. Also, traditionally, students had four years of college and came straight to seminary. In college, they were usually directed to classes that prepared them for seminary. That’s no longer the case.”

The latter scenario, along with shifts in how the Church functions in society and how the Church “does” church, shapes the seminary’s theoretical and contextual learning goals. Taylor gave some examples:

“We’ve found that we’ve had to rethink how we teach pastoral care,” he said, “and that we need to teach things like how to read census tracking. Worship is another area getting close attention: traditional… contemporary… relevance… what does that mean?”

Today’s Trinity M.Div. candidates are learning Spanish alongside New Testament Greek. The goal is the ability to conduct worship (except preaching*) and offer basic pastoral care in Spanish. 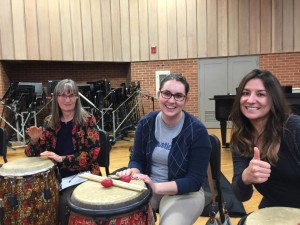 “Women have changed the shape of conversation.” – Dr. W. Taylor

“It’s a mark of where we (society) are today,” Taylor said, “Unfortunately, Hebrew has taken a hit. How do we fit it all in?”

A big change at Trinity is the implementation of the “2 + 2” study plan for clergy candidates. Traditionally, students had two years of on-campus learning, along with field work; a one-year internship in a congregation; and the fourth year back on campus. 2015’s first-year students will be the first to go through 2 + 2.

“The students will do two years on campus, along with the field work, as in the past,” Taylor said, “but then they’ll do a two-year internship. Whatever coursework they would have had during their senior year, they will now take while on internship.”

Those classes will happen in various ways: on-line courses; returning to campus for intensive instruction; and sending faculty off-site, where interns can gather for study. 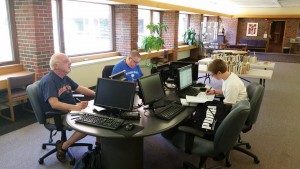 The “traditional” vs. “second career” student ratio is about 50/50.

“We’re still working through how it’s all going to work,” Taylor said

Not everything has changed. Two events that were initially big changes have remained and, in fact, have far surpassed expectations.

“It’s interesting to note what hasn’t changed,” Taylor said. “When I came to Trinity 35 years ago, the Vietnam War was still impacting the seminary. We were seeing second career and post war students. The war had interrupted their lives and now they were coming with their experiences needing validation.”

Prior to that, the ELCA began to ordain women (1970) and, at first, female candidates trickled into its seminaries. 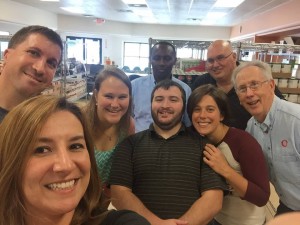 “Women seeking ordination were few-and-far between,” Taylor said. “35 years ago, the faculty thought both of these situations would pass. Evidently – and gratefully – they haven’t passed. Roughly half our pastoral candidates are women and the ‘traditional’ versus ‘second career’ ratio is about 50/50.”

Taylor believes Trinity and the ELCA have benefitted from these changes.

“The second career students bring their life and work experiences with them,” he said. “It’s interesting to see them find ways to bring their job skills to pastoral ministry. Women have brought compassion and new perspectives to what once was discussed ‘theoretically’ by all-male groups. They’ve changed the shape of conversation.”

What does Taylor see as his role as a seminary professor?

“The Church continues to send us fine very fine people,” he said, “but the Church needs to send us more. Many pastors are headed into retirement and there aren’t enough seminary graduates to fill the void. Why not honor your own pastor by raising up candidates for ministry?”

Meanwhile, at the end of the day, Taylor knows that as the world changes, so the Church and its seminaries and other institutions continue to reform to meet the challenges and opportunities of the day. His rule of thumb?

“Always be faithful to the time you’re serving.”

*Preaching in Spanish requires continued study of the language.