LANSING/PINE RIDGE – On May 2, ten members and one former member of Bethlehem Lutheran Church, Lansing, embarked on a mission trip to the Pine Ridge Indian Reservation, South Dakota. The reservation is the second poorest area in the Western Hemisphere and has been likened to a “third world country” within U.S. boundaries. In this two-part article, we will begin with some background information about the reservation and its people: 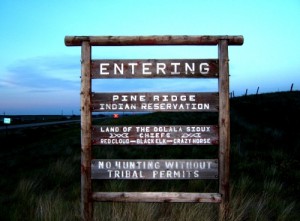 Pine Ridge, an Ogala Sioux (Lakota) Indian Reservation, was the site of the 1890 Wounded Knee Massacre, when a group of Lakota families (nearly 300 people) seeking sanctuary was ambushed and slaughtered by U.S. soldiers – virtually sealing the defeat of the native peoples.

Geographically, the reservation is larger than Rhode Island and Delaware combined, is the U.S.’s 8th largest reservation, has a population of about 29,000, and is second only to Haiti as the poorest area in the Western Hemisphere.

Although there have been pinpricks of hope through the years, the reservation has been plagued with a seemingly relentless cycle of despair.

With roughly 80% of its population unemployed, it is not surprising that about half of the reservation’s population lives below the Federal poverty level. Per capita personal income is $6,000-7,000. (Compare that to the national rate of $42,000-$43,000 or to inner city Detroit’s $15,000.) The community of Allen, located on the reservation, has the lowest per capita income in the U.S.

There is little economic development or industry on the reservation; there are no banks or discount stores. Most spending is done off the reservation, mostly across the state line into Nebraska. Most of the 84,000 acres of arable land that exist are leased to large agricultural producers, with the reservation receiving little benefit. 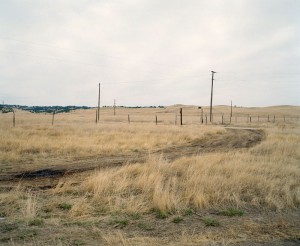 The Wounded Knee Massacre occurred here and virtually sealed the fate of the native peoples.

Although the sale and possession of alcohol is banned on Pine Ridge, alcoholism is rampant and affects 80-90% of the reservation’s families. Suicide among teens is four times the national average.

The live expectancy for women is 53; for men it is 48. The infant mortality rate is roughly 30 deaths per 1,000 live births – five times the national average

Many residents have no electricity, telephone, running water, or sewage system. Many homes have dirt floors and sometimes no beds – which means sleeping on the dirt floors. There is no public transportation. The predominant forms of travel are walking and hitching. Owning a car is a luxury. 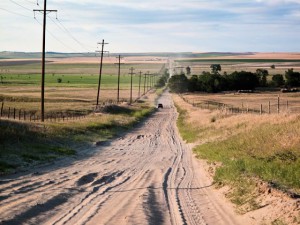 Cars are a luxury and there is no public transportation.

Recently, gang activity has seen a sharp rise. Young people go to the cities and bring the gang culture back with them.

All this information can leave us feeling hopeless and helpless. Where is God in all of this? How have God’s people responded?

In the next installment of this article, Bethlehem members Steve Viele and Kelly Carpenter will share their mission trip experience and observations – and will give us glimpses of hope and how God connects with the people of Pine Ridge Indian Reservation.