A new beginning for teen refugees

JACKSON – Faith in Action, a community outreach group in Jackson, has joined forces with Samaritas (formerly Lutheran Social Services of Michigan) to set up an Unaccompanied Refugee Minors (URM) home in the county. 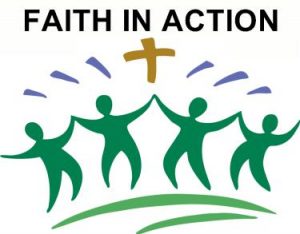 Christians and those with no church affiliation are working side-by-side to help refugee teens find hope.

Originally comprised of four congregations (St. James and Immanuel Lutheran Churches (ELCA*), Jackson; First Presbyterian Church, Jackson; and Christ Lutheran (ELCA), Michigan Center), Faith in Action has expanded since taking on the URM project. Members of First Congregational United Church of Christ UCC** and St John’s UCC (both of Jackson), as well as persons not associated with any church have stepped up to lend a hand.

Volunteers have assisted with raising funds and working on the house – appropriately named “New Beginning” – since its inception this past March. A spaghetti dinner fundraiser was held at First Presbyterian and St. James donated funds as part of its local mission outreach for the purchase of two bunk bed sets along with mattresses, bund boards, and box springs.

The three Lutheran congregations held a cooperative Vacation Bible School, which included raising funds to donate to the URM house. Faith in Action has also applied for an Emerging Ministries through the Presbyterian Church U.S.A. and will continue fundraising.

Meanwhile, volunteers have worked diligently on several workdays to clean, paint, put beds together, and other needed projects. They have also been collecting donations of beds, dressers, lamps, refrigerators, quilts, linens, kitchenware (utensils, mixing bowls, dishes, etc.) for the home. Faith in Action has made donating items easier for those who might want to donate specific items by setting up gift registries – which any individual, church, or organization can access – at Target and Bed Bath and Beyond.

When the house is ready and everything else is in order, New Beginning will open its doors to 12 male teens from around the world who are currently in refugee camps or shelters. Thanks to Samaritas and all of those connected with Faith in Action, these young men will have the opportunity to make fresh starts and, with the help of God and the care of the community, begin to root themselves in a new community, a new country, and a new way of life.