While most of us enjoy not working on holidays (especially Thanksgiving and Christmas), more and more workers are finding themselves at their jobs as stores, restaurants, cinemas, and other non-essential businesses open their doors on those special days.

Operation Turkey Sandwich is an outreach of “thanks” to those who work on Thanksgiving Day.

Kristen Wilson (Peace Lutheran Church, South Haven) was a member at St. James, Jackson, when she was inspired by similar projects to thank those workers – not only for working on a holiday, but for their work in general.

It was decided that the sack meals should not require silverware. Two turkeys were roasted, then made into sandwiches. Volunteers met at the church on Thanksgiving morning to pack and deliver the lunch bags. 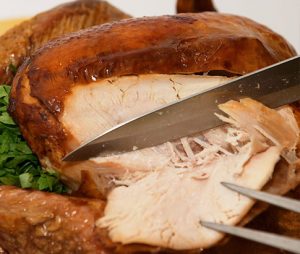 Each lunch bag holds the “traditional Thanksgiving turkey and side dishes”.

The lunch bags were hand-delivered to places such as grocery stores, dollars stores, etc., in Jackson, with a verbal “Happy Thanksgiving” and thanks. Sixty-two meals were delivered. 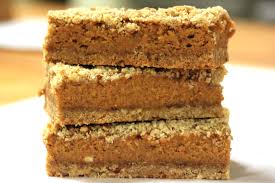 Pumpkin cookies or bars work well because they are finger food.

“We handed one to a police officer on a corner,” Wilson said, “and you could tell he was so surprised. We had made his day.”

Thanksgiving isn’t the only holiday to thanks those who are working. What about a Memorial Day or 4th of July picnic or a traditional Christmas Day meal in a bag?